A commitment to collaboration and a focus on creative problem-solving proved to be key in saving an Upper Peninsula helicopter manufacturer that had filed for bankruptcy and preserving 70-plus jobs.

Acting as legal counsel for the Chapter 7 trustee, attorneys from Warner Norcross + Judd LLP worked to broker the sale of the Enstrom Helicopter Corp. to entrepreneur Chuck Surack of Surack Enterprises in less than four months. The speed of the process and the concerted actions of all involved enable Enstrom, which designs and manufactures helicopters for commercial, government and personal use, to continue operating as a going concern from its headquarters in Menominee, Michigan.

“We appreciated the opportunity to work with Trustee Darrell Dettmann, who quickly realized Enstrom wasn’t a typical Chapter 7 bankruptcy filing where the business was being liquidated and the assets sold to the highest bidder,” explained Elisabeth M. Von Eitzen, one of two Warner partners who led the transaction. “Darrell recognized the value of the company wasn’t in its equipment, it was in the business itself as a going concern and brought Warner into the story.

“Operations had ended in December 2021, with Enstrom filing for bankruptcy protection on Jan. 21. We quickly recognized if this was going to work, we needed to move quickly to prevent the experienced team from leaving for other jobs. It’s a true credit to all involved that we were able to move through the process and conclude the sale on May 13.”

Von Eitzen and Stephen B. Grow, also a partner in Warner’s Bankruptcy, Restructuring and Insolvency Law Practice Group, led a team of nine on what she called an “incredibly complex transaction with intense time constraints.” Some of the challenges included:

“I am excited to have purchased this outstanding company that manufactures helicopters here in the United States and employs workers right here in the Midwest,” Surack noted. “We strive to create lasting job opportunities and resources that allow communities like Menominee to thrive. I am honored to have been part of this process and look forward to rebuilding the Enstrom brand into one of the leading American-made helicopter manufacturers.”

Surack and his law firm, Carson LLP, had reached out to Warner after the initial winning bid was announced to indicate his interest if the first offer fell through. When it looked like that was happening in early May, Von Eitzen and Grow reached back out to Surack and Carson to gauge their interest. Working over the weekend, Surack and his team came back on Monday with an initial yes – then worked to close the sale on May 13.

“It was a tremendous resolution,” Von Eitzen said. “Everyone wanted this to close, so any issue that came up we worked through. Everyone worked to find a solution rather than a reason to say no.”

Menominee County Administrator Jason Carviou echoed this sentiment, noting: “Enstrom Helicopter has been a cornerstone industry in Menominee County for decades, providing benefits to the local airport and good-paying jobs for our residents. They have gone through several ownership changes, and we are happy to have them back in the hands of an American company. We look forward to Enstrom  continuing to build helicopters in our community for decades more to come.”

From Rudy Enstrom’s early designs in 1943 to initial testing in a Michigan Quarry in 1957 to aircraft operating on six continents, Enstrom Helicopter Corp. has maintained a reputation for safety, value and performance. Based in Menominee, Michigan, and proudly made in the U.S., Enstrom has a rich history for design innovation. The goal is to provide helicopters to the customer’s exact specifications and deliver support and maintenance worldwide. 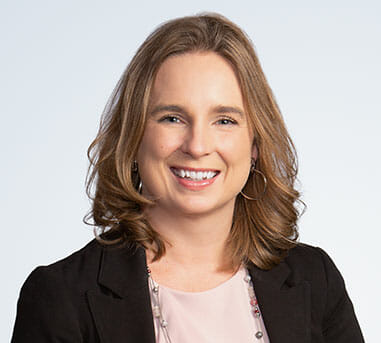